We are happy to announce that the 2019 Genes in Space experiment was successful! Winners Finsam Samson and Yujie Wang were interested in the cognitive changes reported by some astronauts following spaceflight. They designed an experiment to investigate when genes are turned on and off in the brain, using fruit flies as their model system. Their experiment detected changes in the levels of activity of individual genes that are under control of our body's internal clock.  Dysregulation of the body's internal clock, frequent during spaceflight, may lead to cognitive deficits. The team's work may help inform efforts to monitor neural gene expression levels of future space travelers.

Finsam and Yujie's samples were flown to the ISS on NASA's Crew-1 mission where the PCR portion of the experiment was conducted by astronaut Kate Rubins. The PCR products were then returned to Earth for analysis. On January 26, members of the Genes in Space team gathered to analyze the samples using gel electrophoresis. Finsam, Yujie, and their scientific mentor Dr. Matt Smith were able to join virtually. Below are some images from the day: 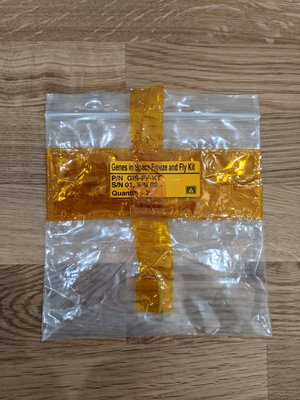 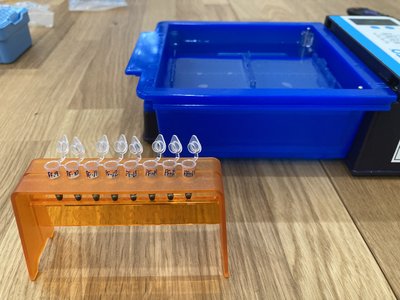 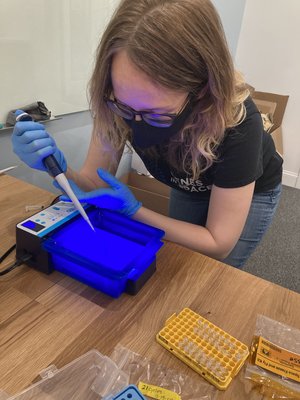 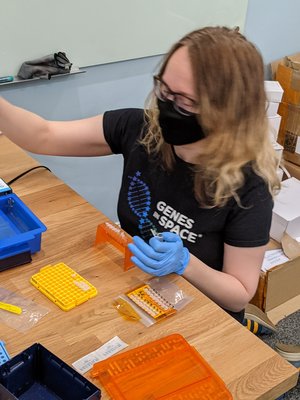 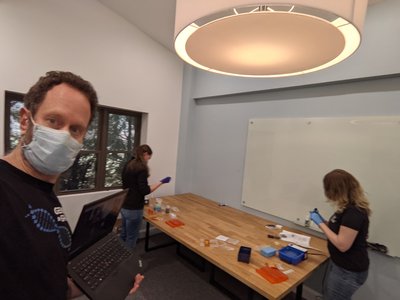 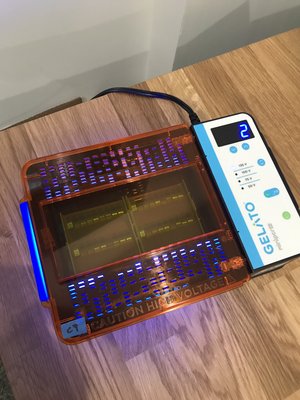 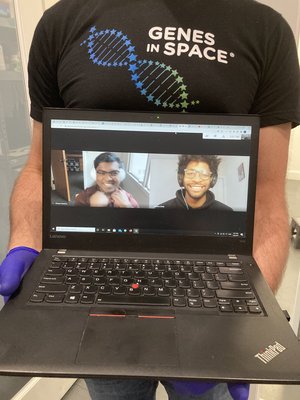 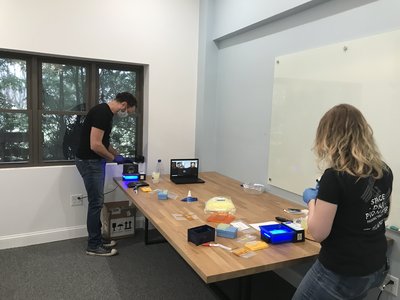 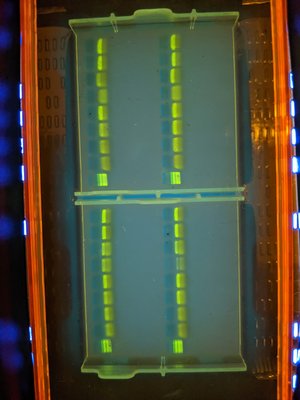 Next post
Meet the Genes in Space Toolkit: the P51 fluorescence viewer