Atlanta, GA, August 1, 2019 – Students Finsam Samson (18) and Yujie Wang (18) have won the 5th annual Genes in Space competition. Samson and Wang, who recently graduated from Troy High School in Troy, Michigan, proposed to study neural function on the International Space Station (ISS). Their experiment will be performed by astronauts aboard the ISS U.S. National Laboratory next year.

The team’s experiment will investigate how microgravity influences the function of the nervous system. While it is known that astronauts experience neural and cognitive changes when traveling in space, the genesis of these changes is not well understood. The team hopes their project will contribute to our understanding of how spaceflight affects brain function, enabling scientists and researchers to keep astronauts healthy as they prepare for long-duration missions in low-Earth orbit and beyond. 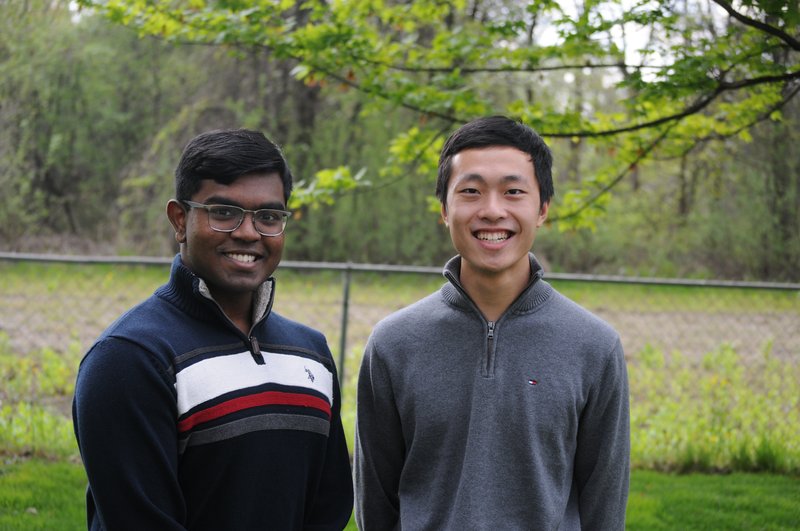 This marks Samson's second trip to the competition finals. He was named a Finalist in 2016 for a proposal he submitted individually. This year Samson was joined by Wang, and the team developed their proposal with guidance from their sponsor, Samson Jamesdaniel, and their mentor, Massachusetts Institute of Technology scientist Dr. Deniz Atabay. Samson and Wang, along with their sponsor and mentor, will travel to NASA’s Kennedy Space Center this spring to watch their experiment launch to space.

Samson and Wang’s winning proposal was selected from a competitive field of 789 applications submitted by student teams across the country. Authors of the top 5 proposals were invited to present their ideas to a distinguished panel of scientists, educators, and technologists at the ISS Research & Development Conference in Atlanta. The judges announced their selection at the conference Thursday afternoon.

This announcement concludes the 2019 Genes in Space contest, which invites students in grades 7 through 12 to design biology experiments that address real-world challenges in space exploration. Previous contest winners have achieved significant milestones through their experiments, including the first use of gene editing technology in space. The competition was founded by miniPCR bio and Boeing, and is sponsored by the ISS National Lab, Math for America, and New England Biolabs.