Nov. 13, 2020 (KENNEDY SPACE CENTER, Fla.) Students Finsam Samson (19) and Yujie Wang (19) won the 2019 Genes in Space competition by designing an experiment to investigate the basis of spaceflight-induced cognitive impairment. On Nov. 14, they will see that experiment launch to the International Space Station (ISS), where it will be conducted by astronauts.

The experiment will launch aboard NASA’s SpaceX Crew-1 mission, the first crewed operational flight to the station as part of the agency’s Commercial Crew Program. The flight will be the second crewed launch from U.S. soil since the final flight of the space shuttle program in 2011. 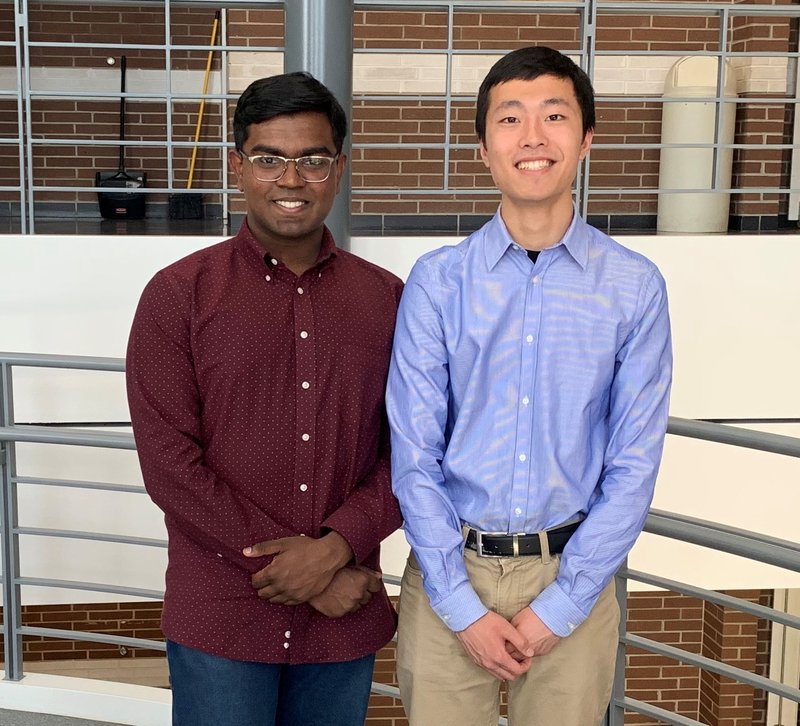 Samson and Wang, who now attend Stanford University and UC Berkeley, respectively, won the 2019 Genes in Space competition as students at Troy High School in Michigan. Judges selected their winning experiment from a competitive field of 789 proposals.

Interested in the cognitive changes reported by some astronauts following spaceflight, the team devised an experiment to monitor the expression of circadian genes, which regulate sleep and wakefulness. Dysregulation of the circadian system, as can occur in shift work disorder, is a side effect of long-duration space travel, and may lead to cognitive deficits. Developing workflows to monitor circadian dysregulation in astronauts will enable the design of effective safeguards as they continue travel to the ISS and venture to deep space destinations. 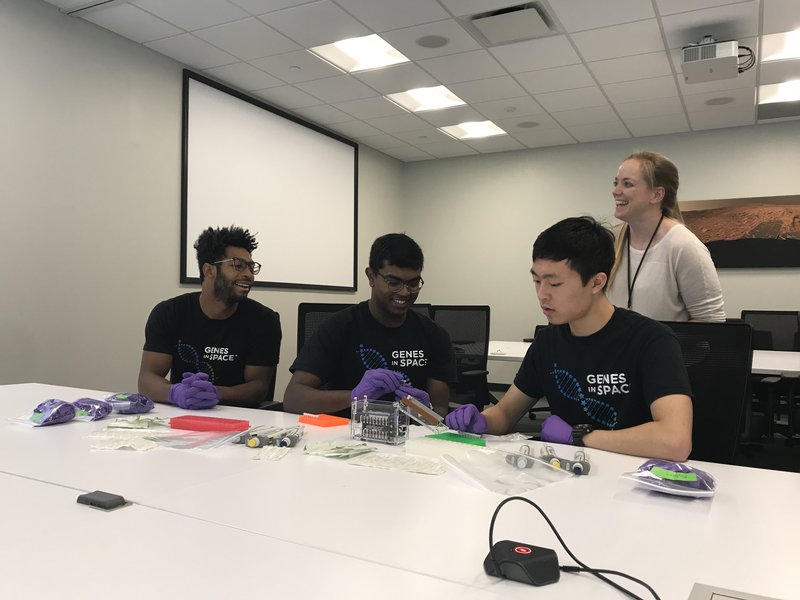 Finsam and Yujie with Matt Smith and Sarah Rommel

Samson and Wang designed their experiment with input from their mentor, Whitehead Institute scientist Kutay Deniz Atabay. In preparation for launch, the experiment was further developed by scientist Matt Smith of Harvard University and NASA scientists Sarah Rommel and Sarah Wallace.

Samson and Wang’s experiment will build on advances made by previous winners of the Genes in Space competition. Since its founding in 2015, Genes in Space has launched six winning student experiments to the space station. Past winners have been responsible for space biology milestones including the first use of polymerase chain reaction (PCR) DNA replication technology in space and the first instance of CRISPR gene editing in space. Genes in Space was founded by partners miniPCR bio™ and Boeing, with additional support from the ISS U.S. National Laboratory, Math for America, and New England Biolabs®.