Winner will see their experiment tested on the International Space Station

Abu Dhabi, United Arab Emirates, February 1st, 2017: The winning team in the UAE’s Genes in Space competition was announced today at the Global Space Congress. 14-year-old Alia Almansoori, who attends Al Mawakeb School Al Barsha in Dubai, was announced winner after presenting her proposed experiment to a panel of judges. As the winner, Almansoori will work with scientists at miniPCR to prepare her experiment for space. She will also travel to the U.S. to watch their experiment launch to the International Space Station (ISS) where it will be conducted by astronauts on board using miniPCR technology.

A partnership of the UAE Space Agency, The National, and Boeing, the Genes in Space UAE winning experiment aims to study protein expression changes that might help protect astronauts from unwanted cell death.

Alia Almansoori expressed her joy at winning the award, which strengthened her feelings of being one step closer to Mars. 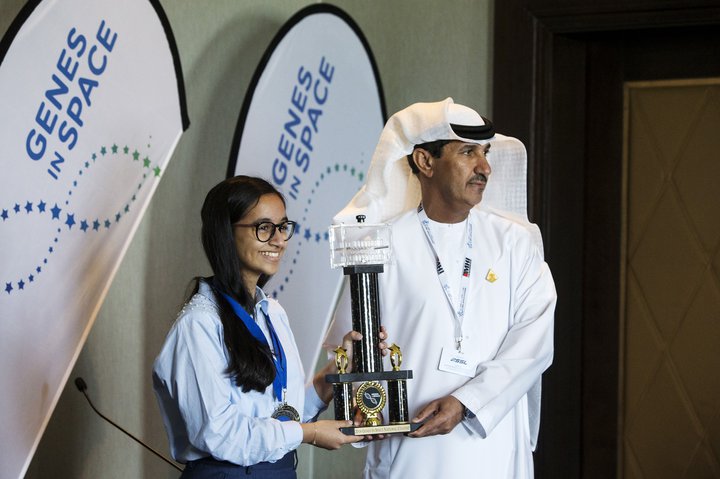 Almansoori said: “I have always been interested in the field of space, through reading a number of space encyclopedias and stories such as Star Wars. This award has encouraged me to study sciences in order to achieve my dream and enter the space sector.”

Almansoori went on to thank all those involved in the program and the support that has been provided to children and the upcoming generation by stakeholders. This has developed capacities in a number of fields and broadened their scientific imagination and desires to build their futures.

Rashid Murooshid, Editor-in-Chief at The National, said: “On behalf of The National, I’m very pleased to congratulate Alia on her incredible achievement today and the exciting future that lies ahead. We are incredibly proud to have supported such a rewarding competition, particularly since this is the first edition of Genes in Space to take place outside the United States. The support offered by The National is a reflection of our deep commitment to education, and forms part of our contribution to transitioning the UAE towards a knowledge-based economy.”

Each of the five finalist teams had a science mentor from either Harvard University or Massachusetts Institute of Technology (MIT) as well as a locally based advisor co-ordinated by Khalifa University, who helped their assigned teams prepare for their final presentations to the judging panel. The five finalists were announced during a gala dinner held by The National newspaper on November 20, 2016.

Genes in Space encourages students in grades 7 through 12 to propose DNA experiments that contribute to solving real-life space exploration problems. The internationally renowned competition seeks to encourage young students to further engage with science, technology, engineering and mathematics fields. The 3rd US contest opens this week.

HE Dr Mohammed Al Ahbabi, Director General at the UAE Space Agency, said: “The Genes in Space competition is a perfect example of our educational initiatives to engage youth and encourage their participation in space sciences. This is an important aspect of our strategies to develop national capacities, raise awareness about space and nurture the upcoming generation. As the first competition of its kind in the region, it is also a representation of the UAE’s growing international recognition and status in the space sector.”

“Generating excitement for science, technology, engineering and math in this generation will be the key to unlocking our global future in space,” Mark Mulqueen, Boeing ISS program manager. “I’m impressed with the group of young talent that participated in the Genes in Space competition.  Students like these will be making ground-breaking discoveries that will allow humans to explore the universe further than ever before.” 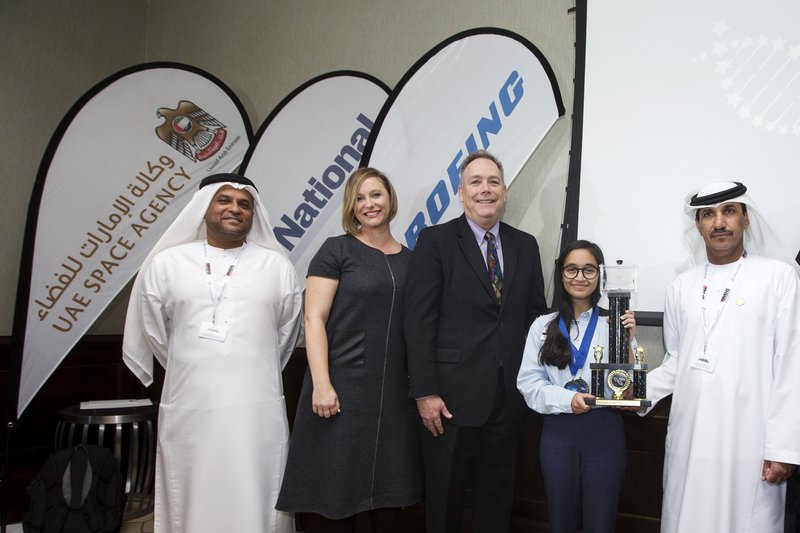 Learn more about the 5 UAE finalists and their experiments HERE and watch a video about them HERE.

For more information about Genes in Space and all its awardees, visit: www.genesinspace.org.