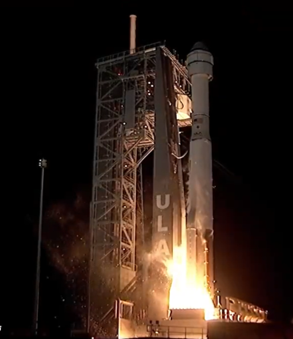 The dark skies over Florida lit up at 6:36am EST this morning as Boeing's Starliner spacecraft successfully launched from Cape Canaveral. The Starliner is a brand-new space capsule that will one day carry astronauts and cargo to and from the International Space Station — and potentially other destinations in low Earth orbit.

The introduction of Starliner constitutes an important step forward for the United States space program: it means the U.S. is closer to launching crews from its own soil. Currently, all astronauts assigned to ISS missions travel in Soyuz capsules launched from the Baikonur Cosmodrome in Kazakhstan. The addition of a U.S. launch site for crew will mean improved access to the ISS — and all the amazing scientific resources on board. 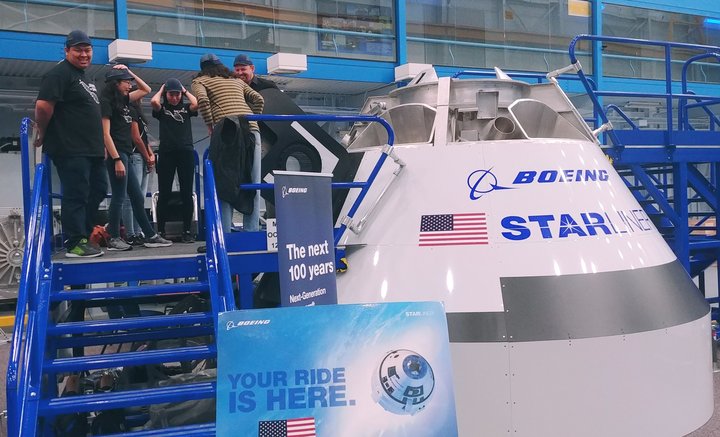 While Starliner was designed to carry crewmembers, today's launch kicked off an uncrewed test flight that will serve as a final check before the vehicle is cleared to carry humans. While the capsule carried no people this morning, today's payload includes a cache of commemorative items — and a mannequin named Rosie strapped into the pilot's seat. Rosie is wearing a suit loaded with sensors that will return valuable data on the conditions astronauts will encounter as they ride in the capsule.

Although Starliner lifted off successfully, today's launch didn't go exactly as planned. Shortly after takeoff, the capsule departed from its planned trajectory. This means it will not be able to dock with the ISS as initially planned, and will return safely to Earth after 48 hours in orbit.

Once engineers are satisfied with Starliner's performance during its test launches, the next step will be crewed test flights. U.S. astronauts Christopher Ferguson, Mike Fincke, and Nicole Mann will be the first humans to fly the Starliner during a test flight planned for the first half of 2020. When the Starliner program is fully operational, it will carry up to four NASA crewmembers and 220 pounds of critical materials to the ISS with each launch, enabling research that will benefit life on Earth and propel humanity to Mars and beyond.

Want more info on the Starliner program? Check out the official Starliner site on Boeing.com: www.boeing.com/starliner