Research could lead to DNA-based methods to monitor astronaut health

KENNEDY SPACE CENTER, FL. (April 2, 2018) – The winners of the 2017 Genes in Space competition, Sophia Chen, 15, of Washington and Elizabeth Reizis, 15, of New York, will see their DNA experiments launch to the International Space Station (ISS) on April 2, aboard NASA’s Commercial Resupply mission, CRS-14. The experiments will be carried out aboard the ISS using miniPCR technology. The U.S. competition is accepting student projects for 2018. Submission deadline is April 20th. 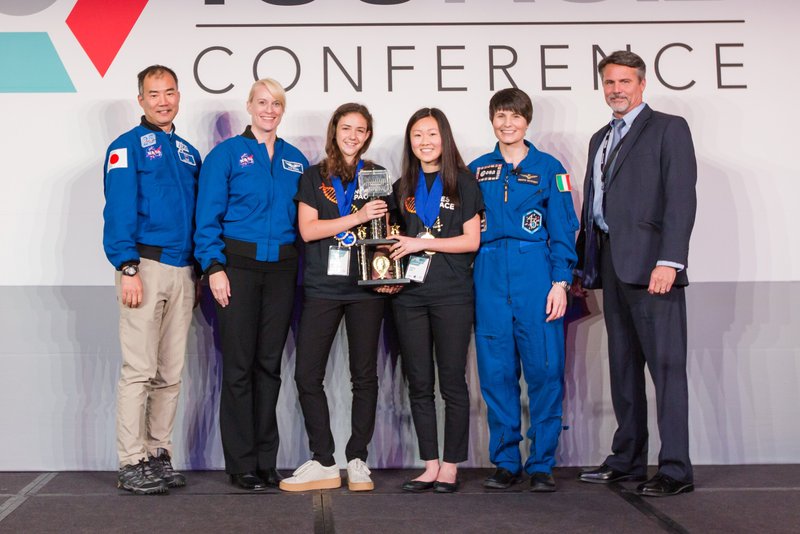 Chen and Reizis will test DNA-based assays that could help monitor astronaut health in future missions. Chen was mentored by David Joneschild, teacher at Lakeside School, and Harvard Ph.D. candidate John Hatch. Her experiment will focus on a genetic test to measure genomic instability and cancer risk in astronauts. Exposure to the space environment may lead to an increased rate of mutations in astronauts’ DNA. One form of mutation, microsatellite instability, has been previously associated with cancer. Chen’s experiment will make use of two techniques - multiplex polymerase chain reaction and capillary electrophoresis - in an effort to establish an assay which could be used to monitor astronauts’ genomic integrity during prolonged space travel.

About Genes in Space
Genes in Space is a national STEM contest that challenges students in grades 7 through 12 to design DNA analysis experiments using the ISS National Lab, a platform for cutting edge research and technology development that enables future space exploration. The contest is a collaboration between miniPCR and Boeing with generous support from CASIS (manager of the ISS National Lab), Math for America, and New England Biolabs®.