Young scientist turns ideas into reality with Genes in Space

On July 14th, 2016 Julian Rubinfien’s dreams of winning the Genes in Space contest came true. However, his job was not finished. Between the Genes in Space finalists announcement until the launch of the winner’s experiment to the International Space Station, much work is necessary to turn the winner’s proposal into an experiment that can be conducted in space. Julian has been working hard alongside his teachers, mentors, and scientists from many of the Genes in Space partner organizations. Julian’s experiment is now scheduled to launch from the Kennedy Space Center in mid-March of 2017. As the launch nears, Genes in Space will be publishing a series of blog posts that bring readers inside the process of preparing experiments for space. Here we hear from Julian’s biology teacher at Stuyvesant High School in New York City,  Ms. Jessica Quenzer.

Young Scientist Turns Ideas into Reality with Genes in Space

A Young Student Stands Out 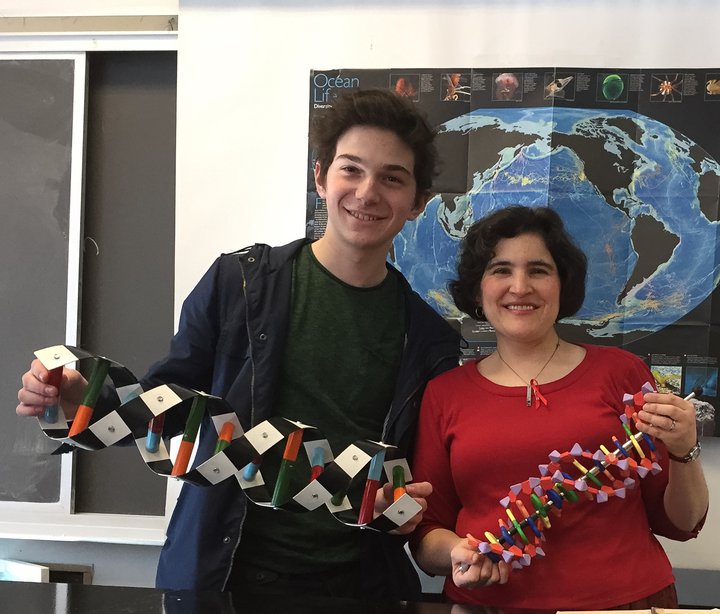 Julian Rubinfien was in my 9th grade Biology Research class at NYC’s Stuyvesant High School. He immediately caught my attention with his deep curiosity and ambition. He discussed ideas with me and Stuyvesant’s Genetics teacher, Dr. Maria Nedwidek-Moore. Julian aggressively read journal articles, including looking up references, in order to develop a foundation in genetics so he could design a research project about transfecting plants with fungal resistance. Then, using the contact info he found in the articles, emailed professors with inquiries. I was impressed with this, since it indicated he wasn’t shy around adults, could advocate for himself, and was seriously interested in the topic. He further demonstrated his seriousness with the hours he spent after school with me to conduct PCR. Although his PCR product turned out to consist of primer dimers and partial, unusable, sequences, getting product at all on his first attempt and with his own primers is a victory. While Julian never produced tangible results from his freshman project, it inspired him, and it steered him to participate in Genes in Space during his sophomore year.

Next Project - Genes in Space 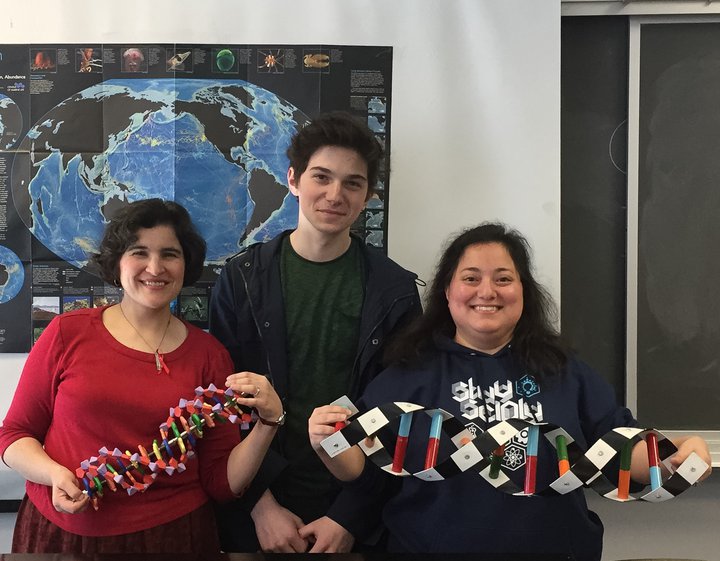 When I learned about Genes in Space through Math for America, I notified both current and former students about it. My current students, all freshmen, wrote Genes in Space proposals as an assignment, and those who wanted to enter the competition did further edits before submission. As for Julian, he met with me during his free time to discuss ideas for Genes in Space.  I provided suggestions as to what real-life problems astronauts would want to research in space. After considering several plausible ideas, Julian became interested in the topic of DNA replication problems while in space, and how this could impact astronauts’ health. This evolved into focusing on the telomeres, and the possibility of accelerated aging in astronauts. Julian’s comprehension had grown tremendously over the summer before his sophomore year. Then he developed further with the Molecular Biology class taught by Mr. Gilbert Papagayo. I could see he now had greater understanding and complexity in his thinking. His drive had increased even more, as he looked for a novel way to use PCR in his proposal. Julian heavily researched a new method called single telomere length analysis (STELA), and incorporated it into his Genes in Space protocol. When I read his proposal, I noticed the quality of his writing was much more mature than when he was freshman. As a sophomore, he had more experience, and that one year can make a noticeable difference!

After he was announced as a finalist, and classes for the academic year ended, Julian met with me to discuss his modifications to his proposal and to prepare his presentation. At this point he had been working heavily with his MIT mentor, Mr. Kutay Deniz Atabay. It was intriguing and satisfying to see how far he progressed from that simple research question about astronaut’s telomeres. His initial proposal involved the use C. elegans, now the roundworms were replaced with human organoids. Since he has been announced the winner, Julian is successfully managing the balancing act of making his Genes in Space experiment as much of a reality as it can be with our current level of technology, and excelling in his Advanced Placement classes.

In the time that I have known Julian, his joy of science shines through. He truly enjoys it at a level I have not witnessed in my nine years of teaching. He’s fun to talk shop with, and he reaffirms my own enthusiasm with science. He inspires his classmates, and my current freshman are pondering their proposals right now. We’re all so proud of you, Julian! 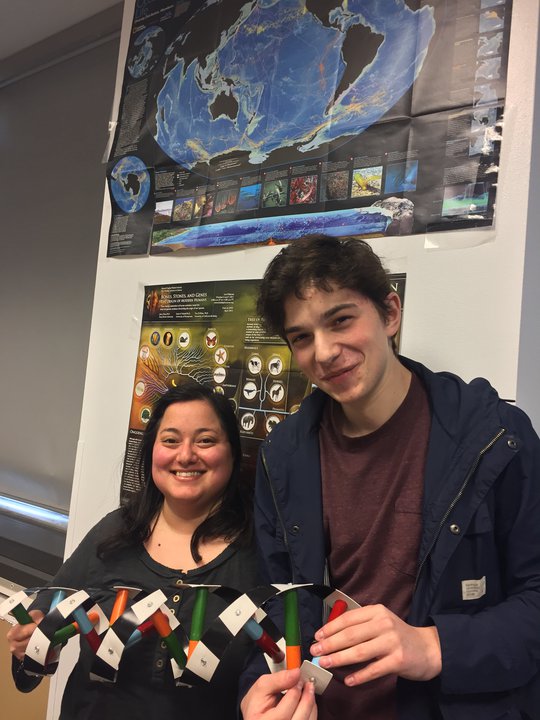 Jessica Quenzer teaches Biology at Stuyvesant High School. Besides Genes in Space, she is involved with various science competitions, such as Science Olympiad and Urban Barcode Project. After years of lab work, she started her teaching career in 2007 as a NYC Teaching Fellow. She is also a recipient of Math for America’s Master Science Teacher Fellowship, along with several members of her Biology department.

Next post
An insider's guide to sending your experiment to space