A Step Closer to the Final Frontier

On July 14th, 2016 Julian Rubinfien’s dreams of winning the Genes in Space contest came true. However, his job was not finished. Between the Genes in Space finalists announcement until the launch of the winner’s experiment to the International Space Station, much work is necessary to turn the winner’s proposal into an experiment that can be conducted in space. Julian has been working hard alongside his teachers, mentors, and scientists from many of the Genes in Space partner organizations. Julian’s experiment is now scheduled to launch from the Kennedy Space Center in mid-March of 2017. As the launch nears, Genes in Space will be publishing a series of blog posts that bring readers inside the process of preparing experiments for space. Here we hear from Julian’s mentor, Genes in Space team member, and MIT scientist, Kutay Deniz Atabay, about preparing Julian to present his proposal at the International Space Station Research and Development conference and helping develop Julian’s ideas into a space-ready experiment.

A Step Closer to the Final Frontier

The Start of a Great Partnership 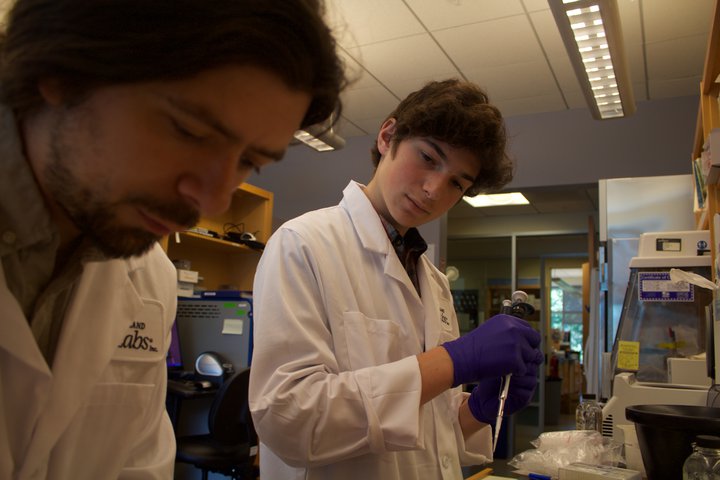 The phone rang for a third time before a high school student, Julian Rubinfien, from New York with deep aspirations for becoming a scientist in near future answered. He said hello with a warm and kind tone. The call was scheduled to discuss his next steps to try and win a competition, Genes in Space, that would send his experiment to the International Space Station.

The first Genes in Space competition had selected its winner, Anna-Sophia Boguraev, the previous year. Her experiment was performed by astronauts in space with success, answering crucial questions both technical and biological. In 2016, Genes in Space 2 received more than 350 applications comprising research ideas and experiment designs from all across the USA. The Genes in Space team read each of the applications carefully and selected the top 5 proposals. Julian was one of the finalists and I was getting ready to mentor him. Our task was now to get him prepared to present his proposal to the Genes in Space judges for a chance to win the contest and have his experiment conducted in space by astronauts. Within the first five minutes of our first conversation, I was impressed by his knowledge, composure, interest and most importantly passion and care. 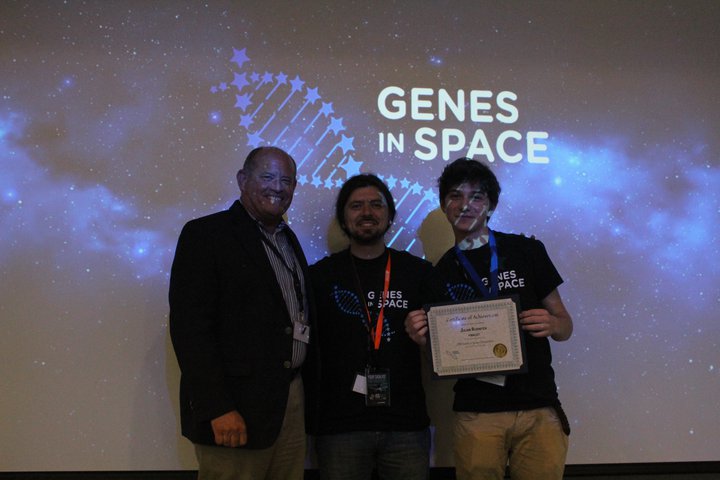 After a two-month-long preparation period, with Skype calls and e-mails, his final presentation took place as a part of the International Space Station R&D conference in San Diego, CA. The five finalist teams presented their research ideas and specifics of their experimental designs to a committee including principal research investigators from top research institutes, scientists and engineers from companies such as the NASA, New England Biolabs, miniPCR, CASIS, and Boeing, as well as astronauts and teachers. After excellent presentations by all five finalist teams and deliberation by the judges, Julian emerged as the winner of the Genes in Space competition. His experiment, which he designed and prepared to the most minute detail, is scheduled to fly to the International Space Station in March 2017 from NASA's Kennedy Space Center. 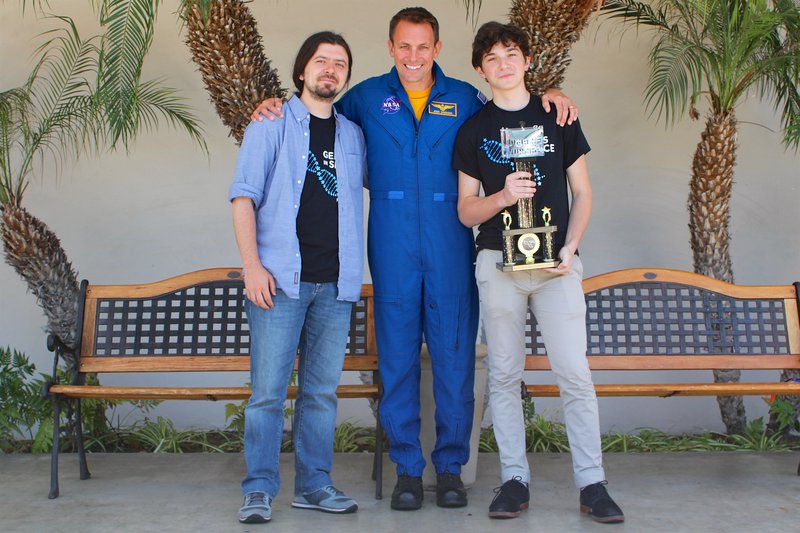 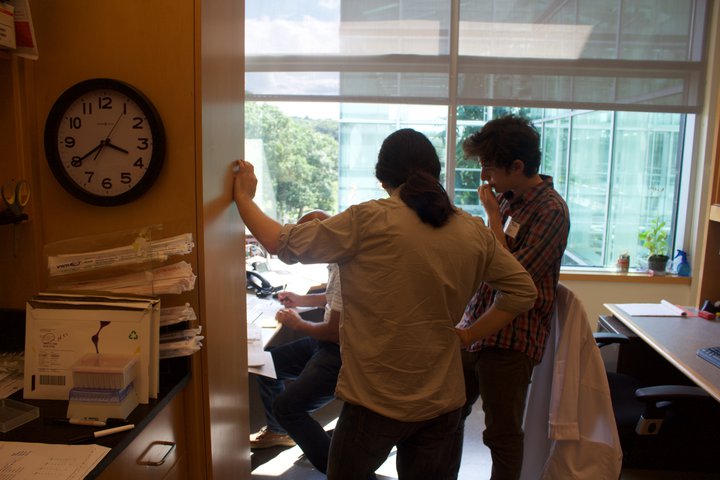 Julian proposed to study possible changes in dynamics of telomere length during microgravity exposure. Telomeres are caps at the ends of chromosome arms that get shortened with each cell division. They have been proposed to be linked with aging, cancer and development. NASA has shown considerable interest in telomere research launching more than one project researching the subject. More recently, astronaut Scott Kelly was the subject of an experiment as a part of his year-long mission in space that also involved assessing changes in his telomere dynamics and comparing them with his twin brother as the ground control. The experiment is currently revealing intriguing results. 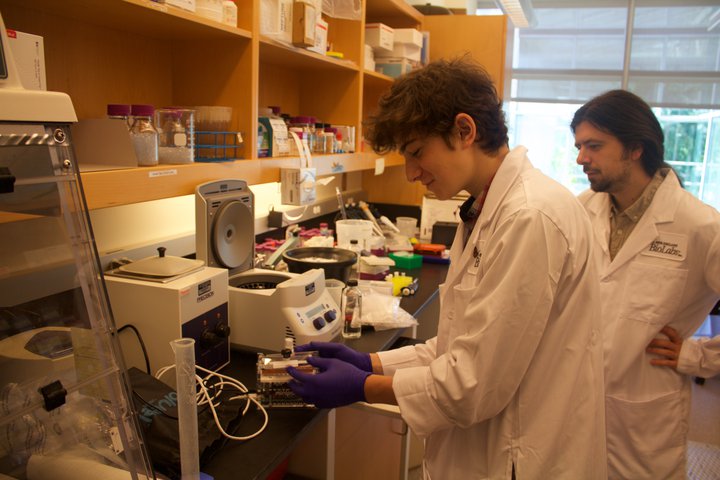 Julian also proposed using organoids to study telomere dynamics using an assay called STELA. This experiment would massively increase the resolution of previous experiments such as the Kelly brothers twin study and would add additional key data. Organoids are three-dimensional organ-like tissue culture systems that have recently revolutionized how we study tissue formation and function and cellular behaviors. Julian's idea was in a sense to send hundreds of twins to space by culturing organoids from tissues of many donors in space and on earth and study their cellular responses to microgravity. This as a project is not only a great idea but also would be great as a full-scale project proposal that would grow our knowledge in a significant way and help us discover new biology, improve human health and advance the space program itself. While the experiment that will be launched to space in the coming weeks will only be a first step to completing Julian’s proposed experiments, if successful it could pave the way for further research on telomere dynamics and related biology in space. 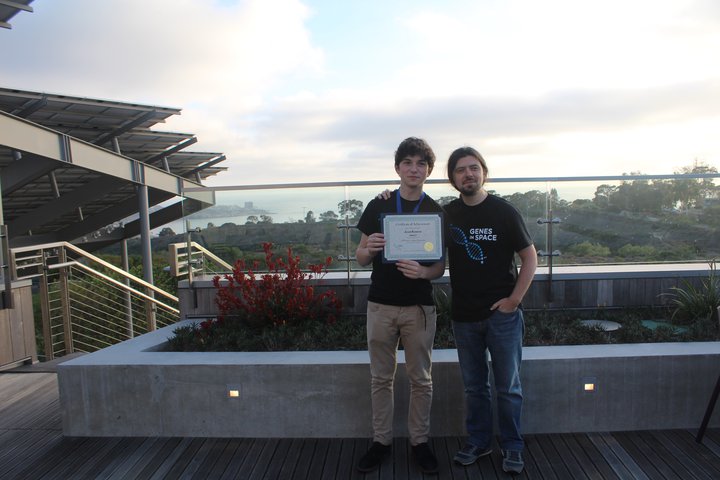 Being a part of the Genes in Space team, is truly a unique and wonderful experience. Not only because I had the chance to meet, help and develop projects with brilliant and passionate high school students including 2015 finalist Alyssa Huff and Julian Rubinfien in 2016, who currently awaits his experiment to be launched to space with immense excitement; but also I get to be part of a team that deeply cares about and works towards expanding our knowledge in space sciences through an exceptional way while introducing new technology to space station and engaging students and mentors and teachers to become crucial players in this process. Moreover, being a part of this team with a singular way of contributing to this momentum is a distinct privilege, a source of happiness and motivation that allows us to inspire and to further our voyage beyond the solar system. 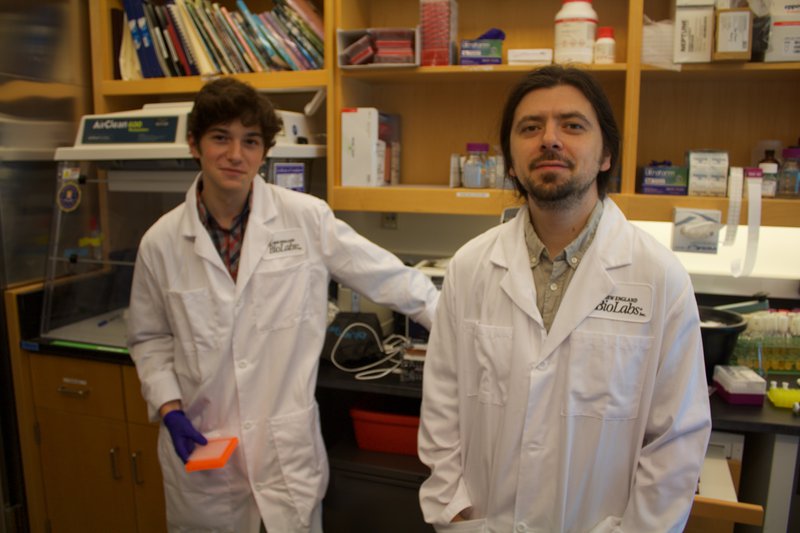