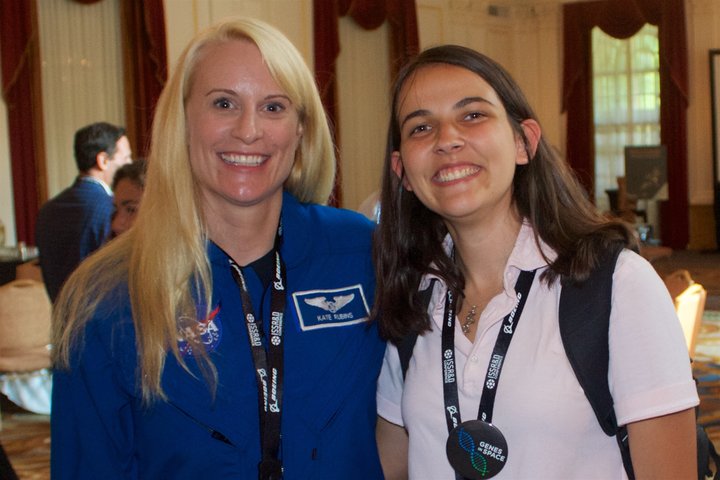 A group of researchers – including space biology superstar and friend to Genes in Space, Dr. Kate Rubins – made headlines a few weeks ago when they published their research on heart cell function in space. The report, authored by Alexa Wnorowski, Arun Sharma, and a team of co-authors, is available for download from the journal Stem Cell Reports. Here, we answer all your questions on this pioneering work.

We know from previous studies of astronauts that cardiac function changes during spaceflight. Specifically, heart rate is reduced and blood pressure is lowered. But we don’t fully know why these changes happen. They could be the heart’s response to a dramatic reduction in pressure on the circulatory system (i.e., in space, the heart doesn’t need to pump against gravity). Or they could be caused by changes in the function of the individual heart cells, known as cardiomyocytes. The team tested this second possibility by sending cardiomyocytes that had been grown in cell culture to the ISS and testing how spaceflight affected the cells’ physiology.

Where did they get cardiomyocytes?

Figure 1A from Wnorowski et al. illustrating their experimental design. Human stem cells were turned into cardiomyocytes on the ground, then some were flown to the ISS for observation. After their return to Earth, flown cells were studied alongside control cells that had been maintained on the ground.

What did they find?

A couple things. The contractile – i.e., pumping – behavior of cardiomyocytes that had been flown was comparable to that of Earthbound controls. That is, the heart cells in space contracted at roughly the same rate and with the same strength as the ones left on earth. But there were differences in the underlying molecular mechanisms that control beating behavior. Specifically, the fluctuations in calcium levels that power the heartbeat were more irregular in cells that had experienced microgravity, and it took longer for those cells to restore their baseline calcium concentration after a fluctuation. In an intact heart, cellular changes like these could give rise to an irregular heartbeat. 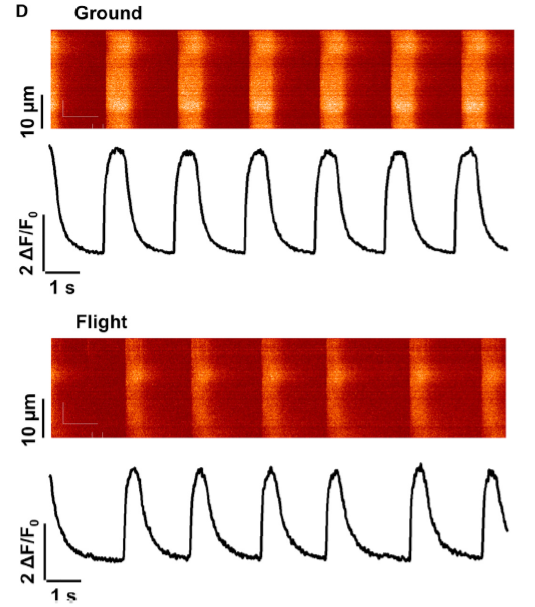 Figure 3D from Wnorowski et al. Calcium fluctuations in cardiomyocytes flown to the ISS (bottom) and maintained on the ground (top). Note the increased variability in cycle length among flown cells.

What could be causing that difference?

The team collected and analyzed the cells’ transcriptomes — all of the messenger RNA from a cell — to look for changes in which genes cells used most on Earth and in space. They noticed some interesting changes, including a general increase in the expression of a set of genes associated with mitochondrial function.

Aside from the knowledge we gained about cardiomyocyte function in space, this work advanced the technical capabilities of the ISS by helping further establish cell culture as part of the station’s toolkit. Researchers are now looking forward to studying more advanced cell cultures – especially organoids – on the ISS. Organoids are essentially 3-dimensional cultures whose structure mimics the the way cells grow when they’re in living bodies. This will be particularly valuable for cardiac research, as heart function relies on the coordinated activity of many closely connected cells all working together.

Inspired by this research? Have your own idea for a follow-up study? Submit it to Genes in Space! 2020 contest opens January 13.
Posted in International Space Station, Tips for Contestants.