The 2020 contest deadline is approaching and we know many of you are crafting proposals on the bone density loss faced by astronauts. For those who need some additional inspiration — and those who just need a little break from proposal writing — we wanted to highlight some of the latest and greatest in the bone loss research happening on the ISS. 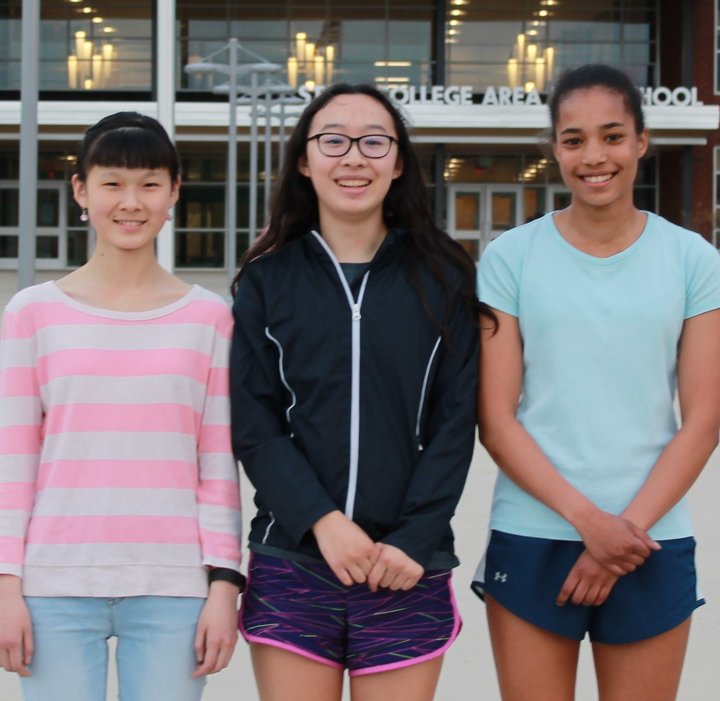 We turned to 2019 Finalists Claire Jin, Tori Sodeinde, and Jessica Zhang from State College Area High School in State College, PA. They had to become subject matter experts as they prepared to present their proposal on bone density loss at the Genes in Space Finals last year. Here, the team shares highlights from a recent paper by a team led by Indiana University School of Medicine's Ushashi Dadwal.

Spaceflight results in dramatic bone density loss and increases risk of fracture. With long-term space missions, deep space habitation, and the opening of space to the public on the horizon, it is imperative that this problem be solved. This study aims to address this issue by examining the systemic effects of fracture healing on several bones in mice housed on the ISS. Understanding the effect of spaceflight on bone and fracture healing will allow for better treatment and prevention of bone density loss both on Earth and in space.

What exactly did they do?

Mice were raised until 9 weeks of age on Earth before half were randomly chosen to be sent to the International Space Station (ISS). Half of the mice staying on Earth (“ground” mice) and half of the mice flying to the ISS (“flight” mice) were then randomly chosen for surgery while the other half would undergo sham surgery (an experimental control where researchers perform a fake operation that omits the critical component of the surgery — fracturing the femur, in this case). This resulted in 4 groups — ground + sham, flight + sham, ground + surgery, and flight + surgery. The researchers performed segmental bone defect surgery (cutting out a small section of bone to simulate a fracture) on the right femur of only the “surgery” mice, while the right femur remained intact for the “sham” mice.

The mice in all groups were euthanized 24 to 28 days after the launch date, at approximately 13 weeks old, and frozen for transportation to the appropriate laboratories. On Earth, an x-ray imaging technique called micro-computed tomography (μCT) was used to generate detailed 3D images of the bones being studied for analysis. 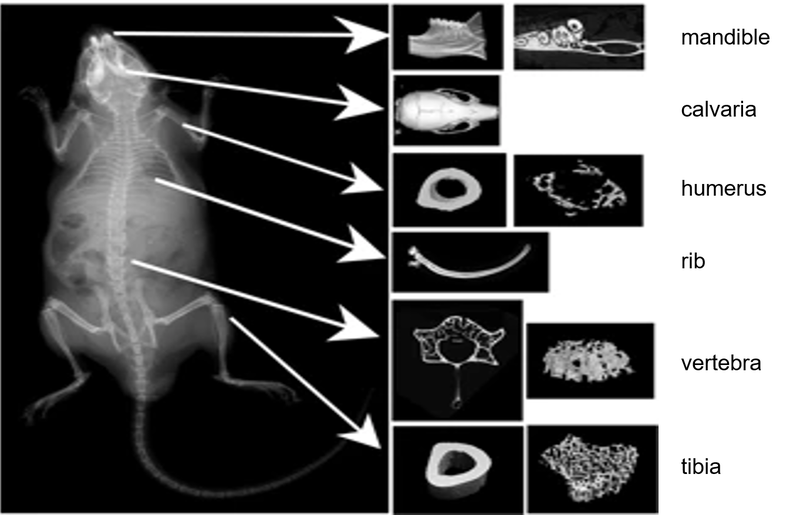 Figure 1 from Dadwal et al. This is a representative x-ray of a mouse skeleton with arrows indicating the analyzed bones in the study. This figure was annotated to display the names of the bones selected for study.

The researchers discovered changes in several bones as a result of either spaceflight, a fracture, or both. The most important change occurred in the tibia (shin bone), where both spaceflight and femoral defect surgery were found to decrease tibial bone volume. However, the combined effects of surgery and spaceflight did not cause a significantly larger amount of tibial bone loss than just one or the other, suggesting that either surgery or spaceflight on their own diminish bone density to a minimum viable level. Both in animals that underwent sham surgery and in those that had genuine surgery, spaceflight caused similar loss of density in other bones. This is consistent with previous research on the effect of microgravity on the skeleton.

This study reports novel findings on the systemic effects of fracture healing and spaceflight on bones. Surgery’s effect on bones other than the injured one — whether in space or on Earth — highlights how organisms are systems and individual body parts are not isolated from each other.

However, additional studies are required to more fully understand the impacts of spaceflight and surgery on the skeleton. Possible future directions including extending this experiment to include gene expression to identify possible differences between the bone loss caused by fracture and spaceflight as well as the cellular signaling events that cause problems with bone remodeling at sites distant from a fracture during healing. The results of this study, combined with possible future experiments, will be a valuable starting point for understanding and developing targeted, effective treatments for bone deterioration.

Inspired by this research? Have your own idea for a follow-up study? Submit it to Genes in Space! Extended application deadline: May 9, 2020.
Posted in ISS Research, Finalists.

Next post
The Genes in Space Finals are going virtual!