If you're working on a proposal for Genes in Space 2020, we know many of you are planning to focus your project on the immune system. Understanding and overcoming the immune system deficiencies faced by astronauts is a priority for NASA and other space agencies. But — aside from two past Genes in Space investigations — what is currently being done to explore the molecular changes that lead to these deficiencies? 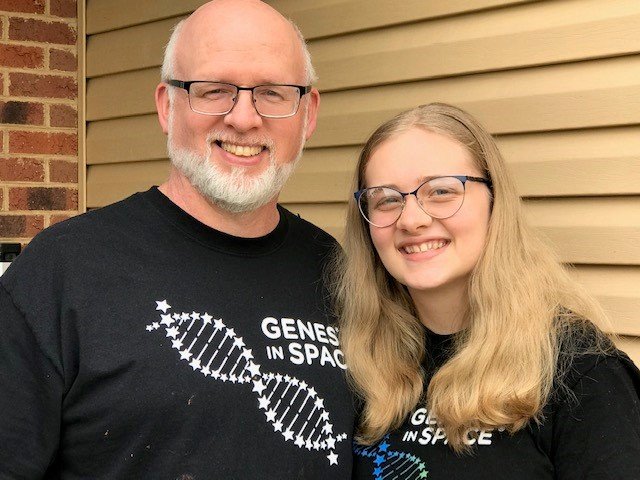 We asked Dr. Randall Gregg, an immunologist based at Lincoln Memorial University, to share the latest in space immunology research. Writing with his daughter, 2019 Genes in Space Junior Scientist Award winner Karley Gregg, he shared the results of one of his recent investigations, which was published last year in the journal Scientific Reports. Dr. Gregg shares his findings below.

One of the most important problems to overcome in the next step of space exploration to Mars and worlds beyond is ensuring the health of the astronauts. Since the early days of the space program, we’ve known that astronauts experience a reduction in the immune response. Just seven days of spaceflight causes a decrease in the activity of T cells, one of the main players of the immune response. We don’t know where this decrease in activity comes from. One possibility is that dendritic cells (DC), which direct the action of T cells, are impaired in microgravity. We investigated that possibility here.

What exactly did you do?

What did you find?

Figures 4a and 5c from Tackett, et al. The figure shows activation of the immune system as measured by T cell release of the protein interleukin-2 (IL-2). Left: T cell activity increases (i.e., they release more IL-2) when activated by DC grown for 3 days in SMG. Right: T cell activity decreases when activated by DC grown in SMG for 7 to 14 days (compare SMG (black bar) to Static (gray bars) conditions).

What does this mean for the future of space exploration?

Our results suggest that spaceflight of one week or more has a negative impact upon our body’s ability to respond to microbes. During this time, astronauts could be at high risk for infections and even cancers from space radiation. However, immune function appeared to be improving from day 7 to day 14. We will next study the function of DC during long-duration SMG exposure. This information will help in the development of treatments to keep astronauts healthy until the immune system has adapted to microgravity and ensure safe exploration of the next worlds.

With astronaut health a major concern for long-duration space travel to and colonization of other worlds, Dr. Randal Gregg’s lab works on the effects of microgravity upon the functioning of the immune system. His aim is to understand the molecular events altered by microgravity in order to develop countermeasures to preserve immune function and astronaut well-being.

Inspired by this research? Have your own idea for a follow-up study? Submit it to Genes in Space! Application deadline: April 25, 2020.