Genes in Space-9, the mission that sprang from the 2021 winning experiment, is set to launch to the International Space Station (ISS) in just a few days! We asked Selin Kocalar, the student behind the winning experiment, to preview this exciting research before it is carried out on station. 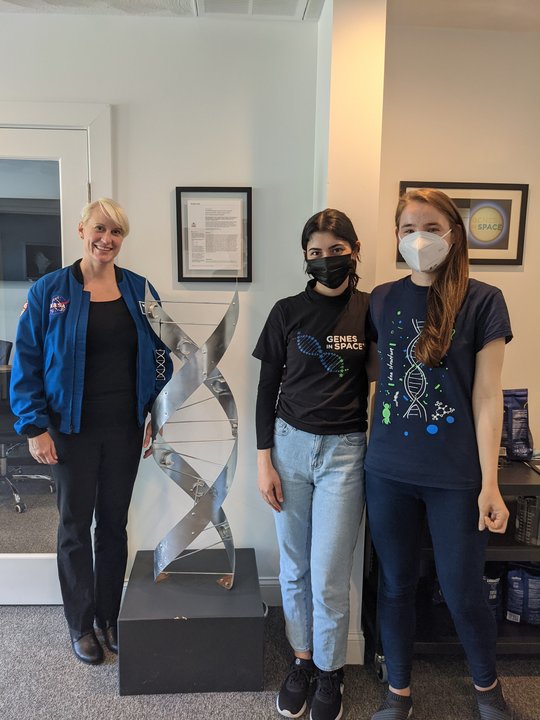 Describe the experiment that will be launching to the ISS next month. Genes in Space-9 validates the use of biosensors aboard the International Space Station. The two-part experiment first asks whether BioBits—the synthetic biology tool used to design biosensors — works in space, then studies two classes of BioBits biosensors to see if they can detect different chemicals.

What is a biosensor? Biosensors are biological systems engineered to “sense” certain molecules. This powerful ability can be used to monitor medical conditions, detect food and water contaminants, analyze the environments of different planets, and much more.

How will you know if your biosensor worked? The biosensors in this investigation produce either green or red fluorescent signals when they sense the molecules they are engineered to detect. This fluorescent signal can be easily checked under the Genes in Space Fluorescence Viewer, a compact, handheld device for viewing fluorescence. 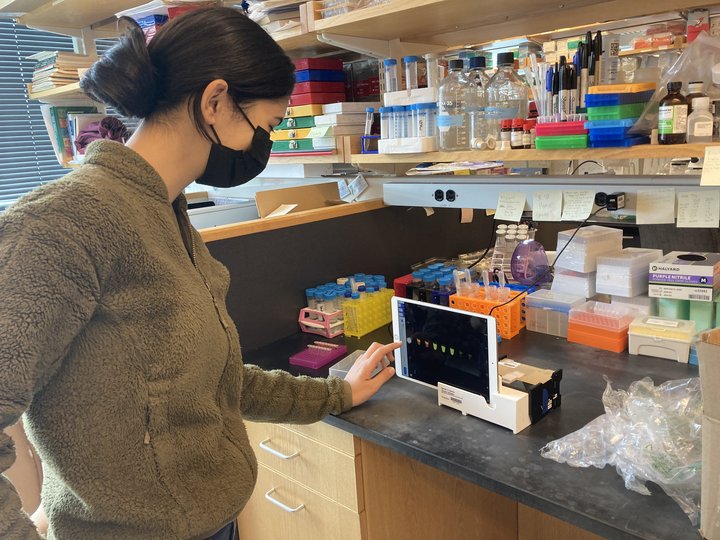 Selin checks her samples in the Genes in Space fluorescence viewer

What was your inspiration for this experiment? I was initially inspired by the idea of detecting pathogenic contaminants in drinking water, specifically the pathogen Pseudomonas aeruginosa, a frequent water contaminant that has even caused medical conditions in astronauts. The current experiment takes a step back, testing multiple biosensor technologies in space so that, in the future, we can not only develop biosensors for detecting water contaminants like P. aeruginosa but also pursue the other applications of this versatile tool in space.

How will your results affect the future of space travel? Monitoring astronaut health in space — where there are no easy-access walk-in clinics as on Earth — presents obstacles to long-term space exploration. Biosensors present a solution to this challenge. Genes in Space-9 will lay a foundation for future safeguards to ensure astronaut health. In the future, biosensors could become a standard technology in space, from their uses as point-of-care medical diagnostics to their integration into spacesuits made of wearable biomaterials.

How will your experiment impact people on Earth? Biosensors like the ones used in this investigation may also be used to develop inexpensive, highly accessible diagnostic devices for use in Earth’s remote or extreme environments. For example, biosensors could be widely adopted in developing regions, in wilderness settings, and as educational tools in the classroom.

Next post
BioBits is launching to space! So, what is it?