The Constellation Award celebrates an educational institution’s collective enthusiasm for science and space. The five awards are given to the educational institution with the highest number of submissions from each of the major US geographic regions. Stuyvesant High School is the 2022 Constellation Award winner for the Northeast region. We asked Stuyvesant's Jessica Quenzer and Marissa Maggio a few questions about their students' Genes in Space experience. 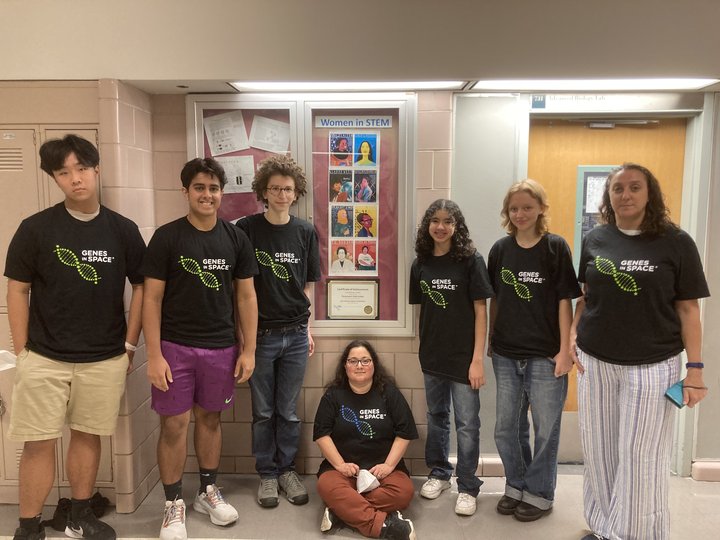 Tell us a little bit about yourself and your school: We are teachers at Stuyvesant High School, a public high school in NYC. We have both been teaching at Stuyvesant for 11 years. Stuyvesant High School is located on the West Side of Manhattan along the Hudson River and a short walk from the World Trade Center site. Students have to take a test to be offered admission. The student body represents all 5 boroughs of New York City and approximately 40% qualify as some form of economic need. 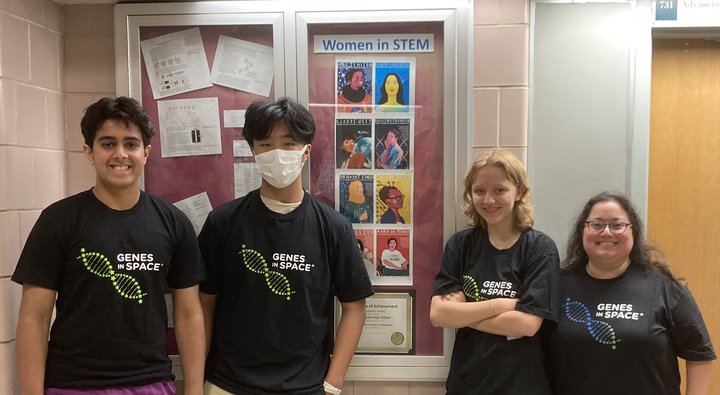 For how many years have you been using Genes in Space in your classroom?

Jessica: I have been using Genes in Space since its first year, in 2015. I started using Genes in Space with Research Biology as a capstone assignment to the Molecular Biology unit. Three of my former students have won the competition, and several have achieved semifinalist and honorable mention.

How do you incorporate Genes in Space in your curriculum?

Jessica: This year, Ms. Maggio and I decided to make Genes in Space a mandatory summative spring project for AP Biology. We built in class time for students to research their topics within the peer reviewed literature. They could complete multiple drafts with peer reviews before submission of a final proposal for grading and ultimately submission to the competition. Outside of class time we held online support sessions to discuss project ideas and drafts in more depth.

What has changed over the time you have been using it?

Jessica: The proposals have become more sophisticated over time. The contest started out with only PCR, and now it has expanded to include BioBits and the P51 viewer. The students have to stretch themselves and learn a lot about current biotech and space science in order to write a strong proposal. The class becomes an effective think tank, with students becoming excited over each other's ideas, and learning from each other. 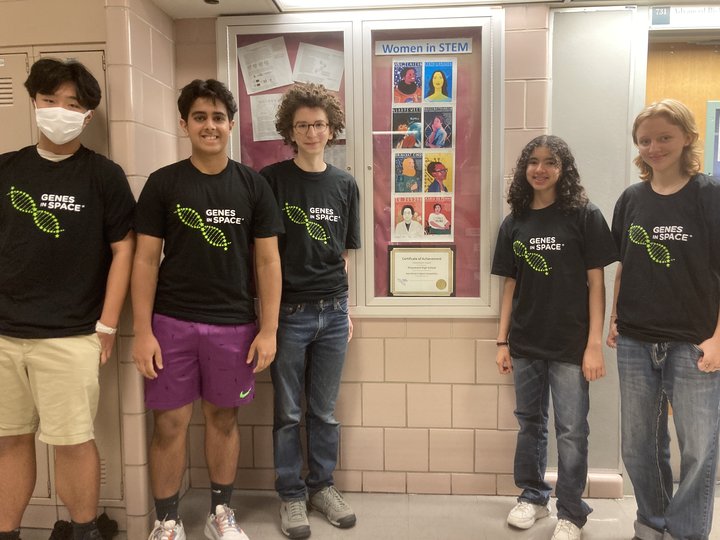 What did your students gain by participating in Genes in Space?

Marissa: The process is unbelievably beneficial for the students. The project helped the students to see how scientists work and the value of revision, of peer review, and of research. In their groups the students were able to work through the steps needed to design an experiment, to determine the data needed to be collected to support their hypothesis and the best ways to use the equipment available.

All groups needed revisions and further research of their initial ideas, some even had to change the direction of their projects based on the peer reviewed articles. It was difficult at times, but they were so proud of themselves when they worked through some problem in their experimental design. We are both so looking forward to participating in Genes in Spaces with the AP classes again next year. 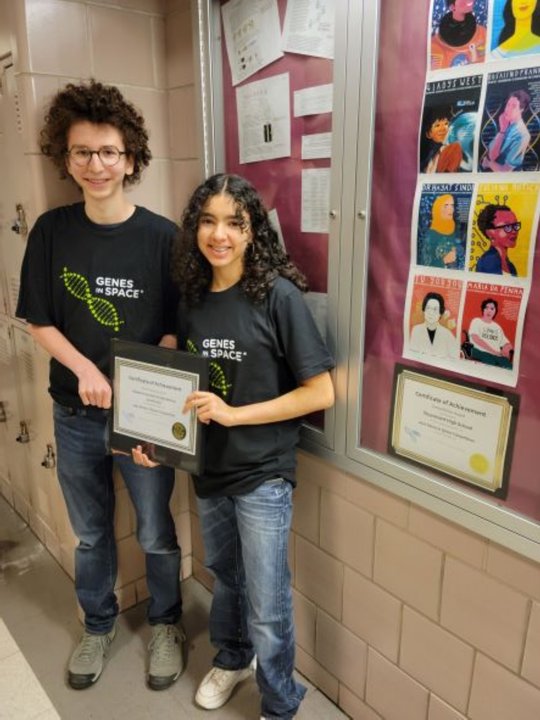 Do you have any advice for teachers thinking about using Genes in Space in their classrooms?

For any teachers hoping to incorporate Genes in Space in the future, plan out when you want to introduce the contest with respect to your units. As the students worked through their drafts they also were learning more of the content in class. This helped to reinforce the material but also led to a number of Eureka! moments in class.

It helps if you can build in class time, otherwise expect to spend time outside of class on this. Plan out days for research, drafting, feedback, and revision. Set up internal deadlines for drafts versions and the final. You will feel a huge sense of accomplishment once the proposals are submitted. Best of luck to everyone in the future!

Next post
Launching soon: The Genes in Space-9 project